For each subcategory on the Want More? page, only one to two links will be on the active page. All others will take up residence here in their respective categories as they drop. Links are in reverse chronological order, with the newer links at the top of the category. 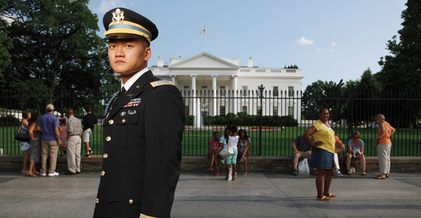 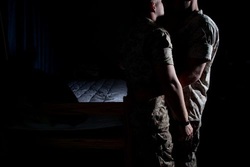 From an entry on Infomerchantile.com, I knew as soon as I saw it that it was worth sharing:
This is a real-photo postcard of two army men, posing for a picture. The sign above the painted "mirror" behind them reads "Duffy's Gay 90's Bar".
This postcard was not mailed, but the back has a note that reads:
11 July 1946
Coney Is. N.Y. 4 N.Y.

The poster of the content, Azrael Brown, goes on to state:
I doubt there was a real Duffy's Gay Nineties -- just a painted backdrop for fun-seekers to get a photo to mail back home. These two guys, on leave from the Army in 1946, seem to be enjoying themselves. The guy on the left has a single chevron, identifying him as private. The guy on the right, while blurry, still has a clear enough view of his unit patch: 1st Army. The guy on the right has some tell-tales in that hand, too (besides the bottle): on his ring-finger is a wedding ring, and between his fingers, a cigarette. The war was over, his best gal was waiting for him back home, and he got to live it up at Coney Island once in a while - he had no complaints.

Volume 2 of Jeff Sheng's Don't Ask, Don't Tell photography collections is up for sale. Volume 3 is scheduled for release some time later this year. You can view a slideshow of the imagery from both the first and second books on his website. Hands down some of the most poignant images I've seen to date.